Multiculturalism and White Anxiety – An Overview

Diverse cultures beautify the world and there is a great need to make this world a better place for everyone by introducing inclusive strategies in all sectors.

Studying different cultures and ethnic diversities is quite interesting. It involves understanding the political, social, and religious aspects extensively. Developing a diversified and tolerant society that grants equal rights to every human being irrespective of his social status or ethnicity is the goal of multicultural studies.

Multicultural studies involve exploring different geographies, cultures, ethnic differences, and their varying aspects in the context of history, religion, and politics. The studies associated with it help in proposing solutions to end injustices done on a racial basis.

They also raise the voice for minorities and less dominant groups by granting them the freedom to practice their rights without any fear. The state should remain neutral and grant rights to each citizen without any bias or injustice. The resources are usually distributed unequally and some privileges are reserved only for a certain group of people.

Racial discrimination brings great disharmony among different groups. When people are oppressed and made deprived of their rights, they develop strong feelings of hatred for the ruling authorities. This eventually leads to violent practices and harm to the overall state.

There is a tremendous need of bringing educational reforms for introducing an inclusive curriculum. One of the major goals of education should be ending racial injustices and making a tolerant and diversified society. The kind of society that supports human rights and does not practice any kind of violence on a racial basis.

Due to the migration of individuals from different parts of the world for getting a job, settlement, or study, etc., the cultural diversity in Europe has increased tremendously. Unfortunately, despite many campaigns and events being held, the discrimination has not been uprooted so far.

Most of the time, Muslim communities have to face extreme opposition and are deprived of their fundamental rights. For instance, the veil worn by Muslim women has been criticized and they were forced to take it off. Discriminating against the whole community because of the actions of a few black sheep is unjustified. Such cases of religious discrimination have been quite common in Europe.

Although the courses have been revised to involve curricula regarding minority groups and bring an inclusive educational policy there is still a long way to go. Immigration is one big cause of multiculturalism and it has contributed to creating more racial issues that have been highlighted to write my essay for a better understanding.

Racial discrimination based on color has been quite a big issue for ages. Due to great politics in America and other European countries, the white and black differences have created immense problems. Most democracies include views and contributions from diverse communities and this helps in creating harmony.

Feelings of racial identity threat are faced by both white and black people. It has been observed in the recent times of election in America, the white people felt anxious due to the inclusion of black people in the parliament and governmental positions. They started taking it as a threat to their cultural citizenship since it has been associated with whites for quite a time.

The whites fear the dominance of black people in authoritative positions. This has developed strong anxiety among white people referred to as “white anxiety”. These feelings aren’t limited to certain positions, the whites have fears in all aspects. Everything that can facilitate the less dominant groups becomes threatening for the more dominant community.

Relation between Multiculturalism and White Anxiety

Due to adverse cultural backgrounds, many communities come with generational trauma or histories of violence. There are various challenges for immigrants as well. They have to face extreme injustices in terms of acquiring a respectable status. Many have to face constant bullying for belonging to a particular class or community.

White anxiety has been prevalent in Europe due to a sudden fear of loss of power and superiority among white people. It led to extreme measures like fights, politics, attempts to cause harm to property, etc. Multiculturalism has been aimed to bring cultural enrichment and make people more adaptive to connecting with those who are not from their community.

It is a curse not only for the oppressed but also for those from the ruling majority. They develop many insecurities and hatred for each other. This terror has contributed a lot in disturbing a peaceful climate and leading to social disharmony and rage. Thus, multiculturalism and white anxiety are interrelated on a great level.

Racial abuse can trigger psychological issues like feelings of worthlessness, depression, violent outbursts, etc. White people may end up getting insecure after they witness the blacks getting the same acknowledgments as them.

Even the ones having normal psychological and cognitive functioning keep practicing racial biases. The privileges granted to a superior group make them inconsiderate of the ones deprived of them. This leads to extreme unjust practices and prejudice. The lack of tolerance for a particular group and attempts to devalue them generate great disruption in a societal setup.

A common example is a psychological study that shows the mindset of some whites to consider themselves talented, educated, and successful. On the other hand, they naturally claim the black people as lazy, aggressive, and worthless. This says a lot about their perception and hatred due to the kind of mentality that has been fostered for ages.

It is quite obvious that almost all of us rely on social categorization. Even the ones being more adaptive to adversity believe in some stereotypes and prejudices. We may never admit the biases practiced by us daily. The problem is that many social and cultural factors devise a certain set of beliefs. Diversity and cultural richness are not bad, it’s the exploitation and prejudices that contribute towards injustice.

Multiculturalism brings the richness of diversified cultures and differences that may lead to racial abuse and disharmony. There is a great need of connecting different cultures and eliminating violent practices. The prejudices supported by superior beliefs end up generating white anxiety and oppressing the black communities.

Gillian Ward is a top-tier writer known for producing impactful content with expertise on various niches. She possesses great experience in writing and has been working for several online platforms and websites. She has been thoroughly supportive towards the young writers to help them gain excellence in writing. She is very humble, skilled, and known for her professionalism. She has all the expertise required in an essay writer for producing quality content for various forums. 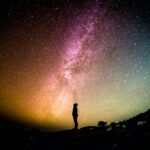 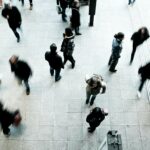 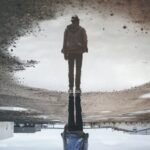 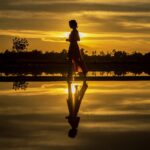 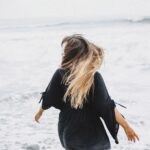